Pictures at an Exhibition
Music Inspired by Art

September 2018 - Barre Opera House
We opened our season with a big, bold, beautiful piano concert by beloved pianist Michael Arnowitt. This musical story-telling program included Schumann's Op. 12 Fantasy Pieces, a landmark work of early Romanticism, which included a depiction of Aesop's fable of The Tortoise and the Hare. Prokofiev's dazzling Piano No. 7 Sonata is one of the most exciting pieces of piano music ever written. Chopin's Ballade in F minor is the last and greatest of his four, and is, as its name indicates, a musical story-telling. Michael performed his own arrangement of the poetic "Cavatina" movement of Beethoven's String Quartet in B-flat major for solo piano. (A recording of this piece is the final selection on the "Golden Record" placed on the Voyager spacecraft sent into outer space in 1977.) Lowell Liebermann's 1989 Gargoyles is one of the most talked about piano compositions in recent decades. It brought the concert to an exciting close with its magical colors, spunk, and rambunctious hijinks. We were happy to welcome Michael home!
November 2018
This all J.S. Bach concert was an historic event for Capital City Concerts. Johann Sebastian Bach's Magnificat is musical magnificence. It featured world-renowned vocal soloists, a five-part choir, and an unusually large and colorful orchestra, which includes strings plus three trumpets, two flutes, two oboes, strings, timpani, and harpsichord. In total, upwards of sixty musicians were involved. The Magnificat, BWV 243, is music of remarkable imagination, color, and tenderness. Though conceived on a grand scale, the Magnificat is a compact work of just 30 minutes.

Other works on the program included the Brandenburg Concerto No. 2 in F major, BWV 1047, for flute, oboe, trumpet, and violin, and arias including Süsser Trost, Mein Jesus Kömmt, BWV 151, Benedictus from the Mass in B-minor, BWV 232, and Erbarme dich from the Saint Matthew Passion, BWV 244. The professional orchestra combines Vermont musicians with players from the New York City Ballet and Opera Orchestras and the Orchestra of Saint Luke's.
February 2019 - After bringing down the house in our 2017-18 season with his moving and powerful performance of the Bach Cello Suite in G major, Edward Arron returned with wife, pianist Jeewon Park, violinist Theodore Arm, and flutist Karen Kevra just in time for "Valentine's weekend." The program included one of Argentinian composer Astor Piazzolla's greatest works, his Grand Tango for cello and piano. This is sensual music, with daring harmonies, angular rhythms, and spiky syncopations. The sublime music included Massenet's Meditation from Thaïs for violin and piano, and Camille Saint-Saëns' Romance for flute and piano. Friedrich Kuhlau's, Grand Trio, Op. 119, for flute, cello, and piano was delightfully spring-like while Johannes Brahms, Trio No. 1, Op. 8 in B major was the main course.​

​At intermission a menu/ballot of the ten works from Flute Music by French Composers will be distributed. Known as the "Paris Conservatory Commissions" these compositions were graduation final examination pieces from the famed Paris Conservatory. These pieces put the flute on the map as a solo instrument! Choose your favorite piece or pick one based on written descriptions provided in the program, then cast your ballot to determine the second half of the program.
November 2017
Our perennial J. S. Bach concert remain a favorite of the Capital City Concerts audience. Beloved soprano Hyunah Yu returns with a stellar small ensemble including violinist Theodore Arm, cellist Edward Arron, pianist Jeewon Park, and flutist Karen Kevra. In addition to soprano arias from four different cantatas, the group will mix and match in chamber music of Bach including the ​Prelude and Fugue in F sharp, Book 2 for solo keyboard-BWV 883, Violin sonata in E major-BWV 1016, the Trio Sonata for flute, violin, cello, and keyboard in G major-BWV 1038, and featuring Bach's masterpiece for solo cello, the Suite No. 1 in G major-BWV 1007.
September 2017

The Dove and the Hawk

A Feast of Suites 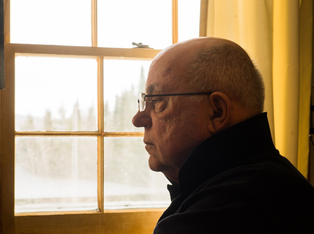 Photo by Peter Miller
April 2017
Pianist Jeffrey Chappell is joined by soprano Mary Bonhag, bassist Evan Premo, and flutist Karen Kevra in a program that celebrates poetry set to music. In addition to poetry-inspired works by Debussy, Liszt, and Handel, this concert will mark the world-premiere of a song cycle by Evan Premo set to poems by the beloved Vermont poet David Budbill, who died in 2016.

The Sublime and the Mellifluous

May 2017
Violinist Laurie Smukler returned with outstanding musicians from up and down the East coast to perform Brahms' epic Sextet No. 2, Op. 36, and Schoenberg's tonal masterpiece Transfigured Night. Longtime cellist of the Juliard string quartet Joel Krosnick will be joined by his daughter, cellist Gwen Krosnick, violist Doris Lederer, violinist Nicholas DiEugenio, and violist Jesse Morrison. Flutist Karen Kevra joined them for the best of all of Mozart's flute quartets, his Quartet for flute and strings in D major, K. 285. ​